One of the most underappreciated games on xBox 360, Mirror's Edge was an unexpectedly fun cosplay and photoshoot to do.

It all started last year when my friend, Veronica, who was just starting to really get into the cosplay scene, wanted to put together her own costume that would be well recognized. I suggested she do Faith Connors from Mirror's Edge; both due to the fact she usually kept her hair short and black, and it was mostly found clothing items. Best part was she scored one of the exclusive bags from a buddy of hers to match with the outfit!

Move forward a year, and I wanted to join in on the fun! So I decided to become Faith's friend and fellow runner, Celeste. I already had the black pants, a red shirt to alter. I had planned to make the gloves and arm guard myself, but due to lack of time just ended up using my Liara gloves, and a scanner wrist band from my work. :P The shoes were a VERY lucky find. I had scoured ebay looking for the patent leather Converse sneakers, but they were so uncommon, and mostly expensive. I managed to snag a pair in my size for just $20!! They are so comfy and look so neat. The belt I threw together in 10 mins from red nylon strapping and a metallic grey buckle. I didn't want to bother with a wig, so I went to the salon and just had them strip the color from my hair. In the future I may just bite the bullet and buy a damn wig since my hair was not cooperating.

The location used was the same one my friend Veronica used last year for her mini shoot, one of the parking garages in the downtown area, between the hotels. The JW Marriott is the perfect background as it looks like the towering glass skyscrapers from the game. Her boyfriend Dan took the photos of us, as we ran around the rooftop jumping over things, etc.

This was probably one of the most simple costumes I've ever made/worn, but I had such a blast doing it. I was only recognized once on my own, but when I was with Veronica, we got recognized quite a few times, and people were so excited to see another runner! I plan to bring this one back again next year, and maybe do another shoot just cause it was so much fun, and I've gotten so many more ideas after playing the game. 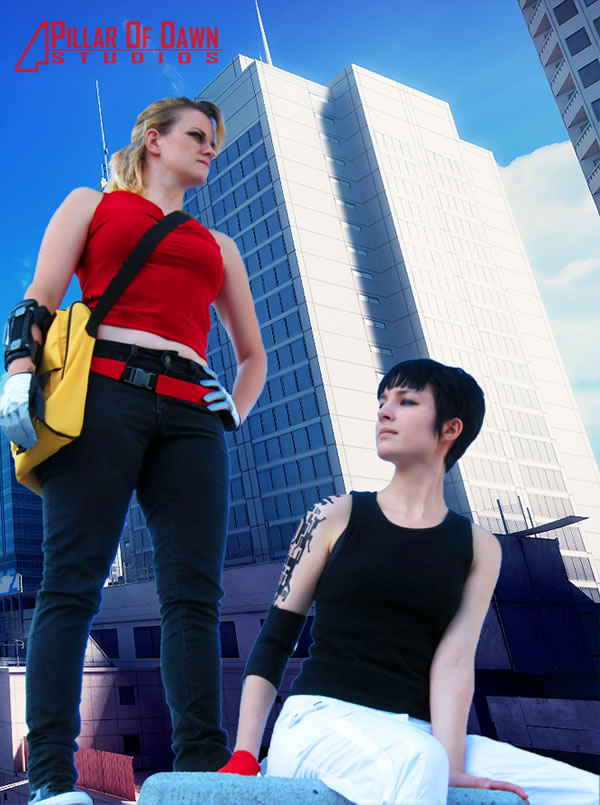 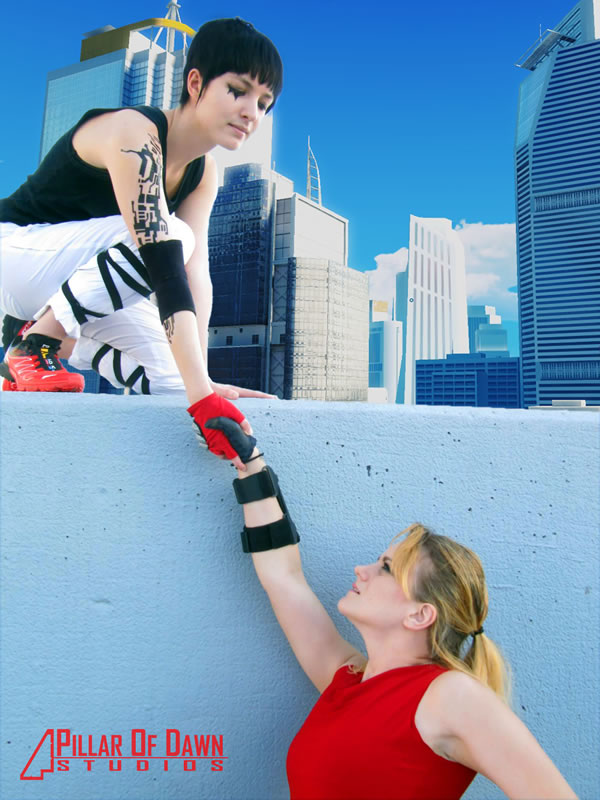 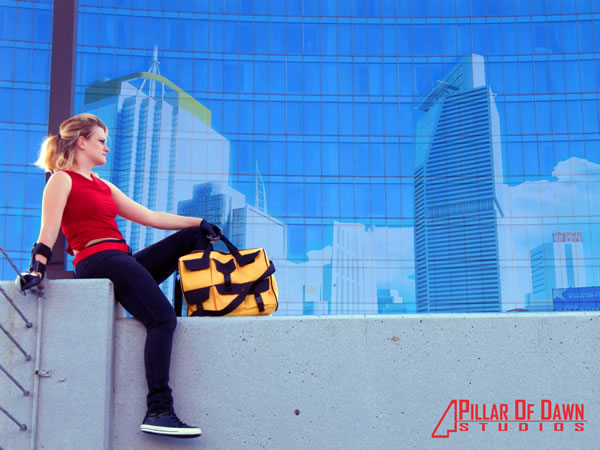 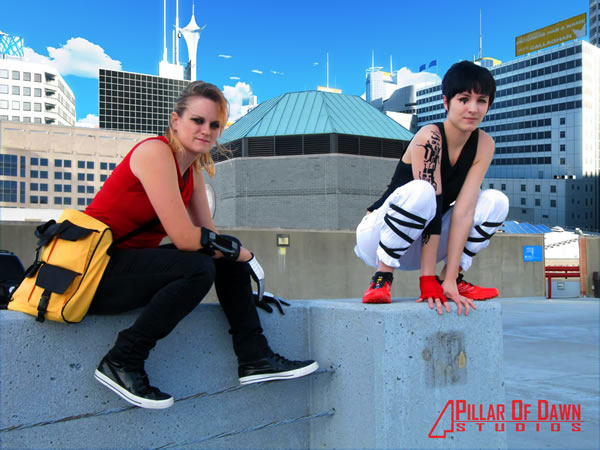 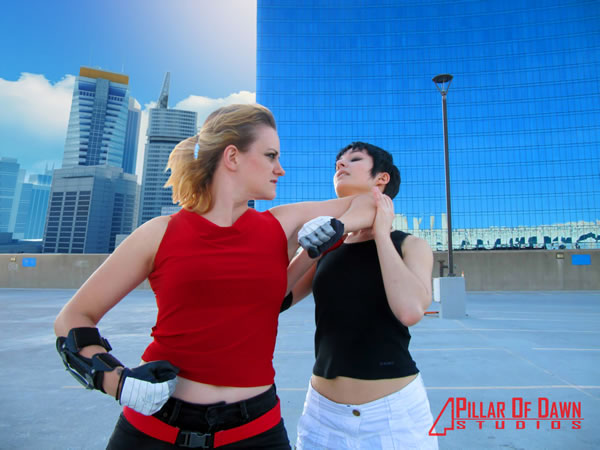 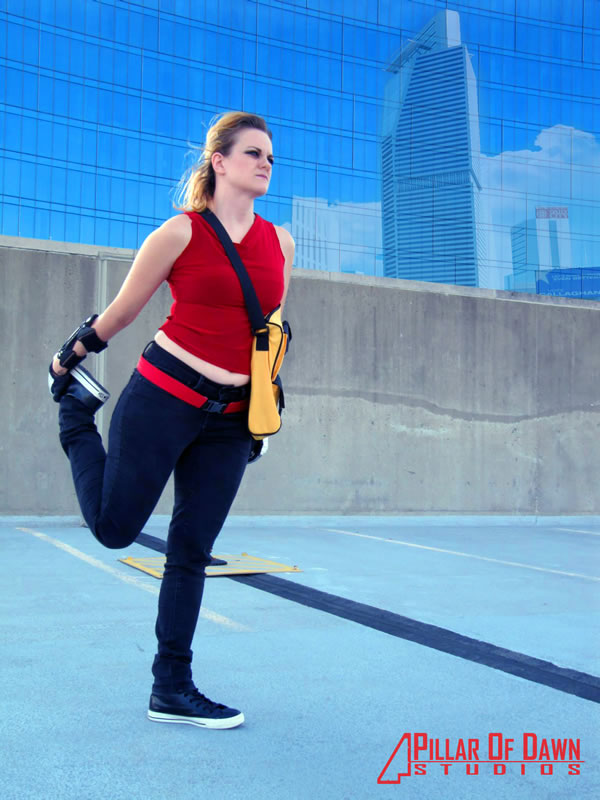 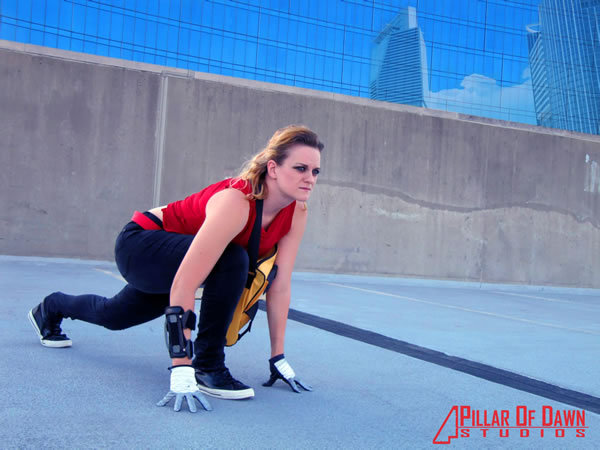 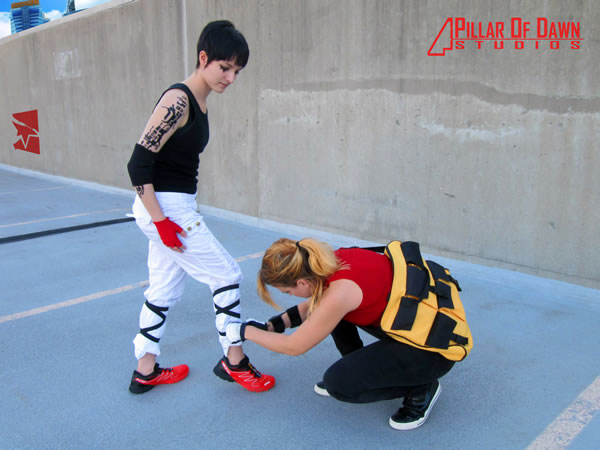